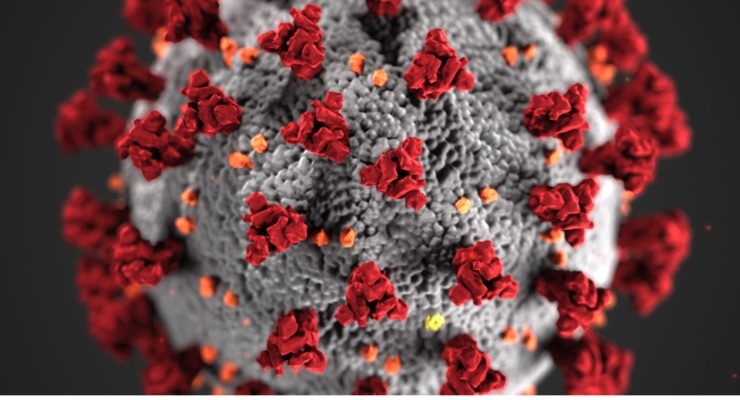 For five days in the latter half of March, the pall of the heavy human and economic toll COVID-19 has exacted in China appeared to be lifting.

The epicenter of Wuhan reported no new coronavirus infections through domestic transmission. And in an initial step to loosen its nationwide lockdown, China began reversing restrictions on travel within its borders.

Now, in another sign of progress, the region’s idled factory workforce is preparing to return to the production lines.

Outside of Hubei province, home to Wuhan, most manufacturing workers are expected to be back on the job by the end of this month, with the proportion of manufacturing employees returning to work in Hubei cities except Wuhan reaching 70% by then, said Didier Chenneveau, partner, Supply Chain Practice, McKinsey & Company, in a late-March webinar presented by the business consultancy and SEMI.

McKinsey is also “seeing evidence of a rebound in demand led by China’s online sales” as rising consumer confidence and a surge in the popularity of work-from-home policies spur strong spending on laptop computers," Chenneveau said.

The turnaround stands in stark contrast to the unprecedented drop in demand McKinsey saw across retail and durable goods in China early in the year. Over the first two months, passenger car sales plunged 90%, smartphone receipts 40% and retail sales 21%, leading to what Chenneveau calls a whiplash effect that could disrupt supply chains as manufacturers and shipping companies scramble to meet pent-up demand once a recovery takes hold.

As the outlook for China’s factories and suppliers brightens, concerns are shifting to the ripple effect of its deep manufacturing pullback on demand for goods in the United States and Europe. Sharp disruptions to global supply chains caused by labor shortages and knotty logistics challenges have also become worrisome.

And while China is buoyed by the prospect of normalizing its workforce and manufacturing capabilities, parts shortages are bottlenecking production. In the United States and Europe, where 60% of air freight is carried in cargo holds of passenger aircraft, logistics concerns loom large with the widespread flight groundings.

“Logistics must be a priority in any crisis war room because it’s a big challenge,” Chenneveau said.

In Asia, the semiconductor supply chain is working to overcome intractable challenges caused by COVID-19 including sourcing raw materials for chip manufacturing and maintaining assembly and test operations, Mark Patel, senior partner & Semiconductor Practice lead, McKinsey & Company, said at the webinar. Those problems cascade to foundries and IDMs even as they confront the compounding issue of a shortage of fab operators and engineers. Downstream, the inability to package, test and qualify product risks exacerbating the supply constraints.

Patel said another acute challenge is that most semiconductor manufacturers and suppliers are operating under restricted practices, making it harder to sustain engineering activities vital to new product introductions, new process development and capital equipment expansion. In the longer term, the supply chain fallout hold implications for product life cycles and investments in capacity and next-generation technology – factors that analysts will need to monitor in evaluating the economic impact.

Issuing shelter-in-place orders have been an effective antidote to the spread of COVID-19 but a double-edged sword as nations worldwide sustain the economic blowback. Discretionary consumer spending on items such as automobiles has dropped by 45% globally so far this year, business investment has fallen and trade has seen a sharp slowdown, said Sven Smit, chairman and director at the McKinsey Global Institute, speaking at the webinar.

A lockdown for as little as a month can slash aggregate global GDP by as much as 10%, a scenario McKinsey expects to play out in the second quarter of 2020. The drop would be the deepest since World War II and larger than the plunge in the first quarter of the Great Depression, raising the question of how long governments can afford to keep workers holed up at home.

“The economic shock is unprecedented,” Smit said. “We’ve never sent people home to not work. Even in World War II, next to the front lines, people were harvesting food.”

China offers a potential blueprint for economic recovery. McKinsey estimates that China’s rigorous containment efforts could help its economy bounce back in as little as six months – a V-shaped rebound. Western nations generally have not been as forceful with their containment measures. For them, the fight against the pathogen could be prolonged, deepening the economic damage.

Yet even with the best protective lockdowns, a new challenge arises: The longer shelter-in-place orders remain in effect to contain the spread of the virus, the longer the economic impact drags on. “Until the path to return to work becomes clearer, people will not be confident to spend,” Smit said.

Confronted with that reality, governments worldwide must strike the delicate balance between safeguarding the lives of people – critical forces of economic growth through consumer spending – and limiting the economic shock. The faster the virus can be brought to heel, the softer the impact on economies around the world. And the stronger the return-to-work protocols in place once COVID-19 has been brought under control, the faster workers can get back to their jobs. Smit believes resolving both issues simultaneously is not only possible but necessary for a return to normalcy.

“That’s the imperative of our time,” he said.