Gemalto announces it has deployed more than one million Optelio contactless EMV cards​ in a year for Banco Santander Brasil, through Santander Universities. These University Smart Cards (USC) are issued to universities in Brazil with agreements with Banco Santander and represent the largest deployment of its kind in South America.

The Gemalto Santander solution combines the security of EMV with the speed and convenience of contactless transactions using MasterCard PayPass™ features. It also offers a range of features including digital ID for access to university facilities, as well as a variety of everyday features and student services, while eliminating the hassle and risk of carrying multiple cards and cash.

Students at PUC-Campinas (Pontifícia Universidade Católica de Campinas), one of the most prestigious universities in Brazil, were among the most recent adopters of Gemalto’s contactless technology. The multi-application card allows students - who are also, optionally, Santander’s customers - to access their bank accounts and make low-value purchases by simply waving their card in front of a contactless reader.

Brazil has the world’s second largest contactless payment network, with around 1.5 million NFC-ready terminals scattered throughout the country. Students are also eligible for exclusive discounts at participating bookstores, restaurants and study centers. There are more than three million Santander University Smart Cards in Brazil, which demonstrates the success of the project, already used by more than 7.9 million users at 302 universities in 12 countries worldwide.

“Our long-standing partner, Gemalto, helped us create a culture of trust in contactless technology built upon smart cards that offer a seamless path for migration to NFC implementations in the future as the marketplace is ready for adoption,” said Vicente Prior, director products and channels, Santander Universities.

“University Smart Card is an important tool for financial inclusion for young people, as well as a technology enabler to academic activities,” said Marcelo Tangioni, products VP at MasterCard Brazil and South Cone. “The student already has an extremely busy life and he needs useful tools that make his daily tasks simpler. These cards provide a great support at the beginning of the student’s financial life”. 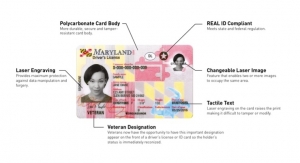 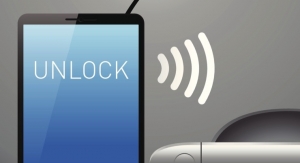 Gemalto Delivers IoT Smart Data to Emergency Responders Throughout the US