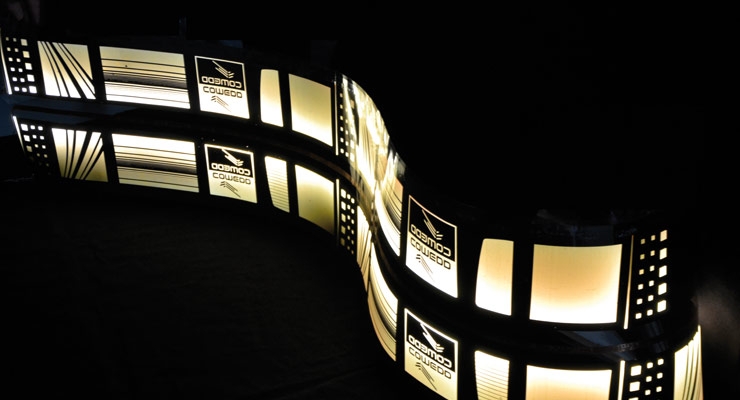 Dresden is one of Europe’s most important location for organic electronics, and a successful international leader. By acquiring the Dresden OLED specialist Novaled AG in 2013, the electronic giant Samsung Cheil Industries secured its technological advantage in the OLED market. During the ‘LG Open Innovation Fair 2014’ in Dresden, the global leader LG created technology partnerships with Saxon companies for the development of novel and trend-setting technologies and products.

“LOPEC is one of the most important exhibitions for organic electronics,” Dominik Gronarz, managing director of Organic Electronics Saxony says. “Printed and flexible organic electronics have reached a point where first applications are ready to be mass-produced and used on a large-scale. Due to drastically decreasing prices of modules, the OLED lighting industry is booming. For a while now, OLEDs have been used in displays for smart phones and the newest flatscreen TVs.”

The Fraunhofer FEP will introduce the transparent OLED module. For instance, along with applications in windows and wallpapers, the transparent color variable OLEDs are suitable for ambience and accent lighting in cars or trains.

The Fraunhofer IWS and the Fraunhofer IKTS are providing the technological answer to the global trend toward cost-efficient 3-D printing technology that enables the application of electronic components and circuits onto carrier materials and reproduces them. Researchers of the Fraunhofer IWS are demonstrating a novel procedure for manufacturing thermoelectric generators produced by 3-D printers.

“The organic semiconductors are an important economic resource for Dresden, Europe’s largest microelectronics cluster,” Dirk Hilbert, mayor of Dresden, the Saxon state capital, says. “By merging conventional, silicon-based and organic technologies, portable electronic devices are becoming slimmer, lighter and more energy-efficient. For instance, X-ray detectors with higher resolution can be realized in medical technology. I am delighted that the two largest European industry networks OES and Silicon Saxony are working together.”

During LOPEC 2015, Von Ardenne will present a procedure for manufacturing novel, compact OLED micro displays for data glasses and micro projectors. In the organic electronics industry the trend is moving toward thinner and flexible displays used in applications like smart watches.

Adenso presents a system concept for the processing of ultra-thin flexible glass from roll-to-roll. The concept allows cost-efficient processing with a single machine instead of several of possibly different manufacturers. The thin film expert DTF Technology has developed an innovative process: a procedure for depositing electric and conductive layers. At the OES booth the company Plastic Logic Germany will be showcasing a flexible electrophoretic display (EPD) in the form of a bracelet that functions as a smart watch, and Heliatek will present flexible organic solar cells.
Related Searches
Suggested For You 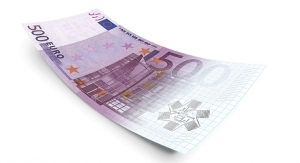 FlexEnable Split Off from Plastic Logic