Peratech will launch a new touch screen industrial controller demo at Hannover Messe 2015, the world’s leading trade fair for industrial Technology. The demo uses Peratech’s standard keyboard sensor with Peratech’s Opaque QTC force-sensing technology, which accurately measures both the amount of pressure applied to the keypad and its precise location.

Peratech QTC force-sensing technology is more accurate than capacitive touch screen technology, making it safer as it detects only actual touches so there are no false touches. As an integral part of a total HMI (Human Machine Interface) solution, QTC technology offers many advantages over capacitive and other existing touch solutions - greater safety, greater accuracy, better consistency, and higher reliability, in a cost effective solution with low EMI, power, and size constraints.

Peratech’s interactive demonstration, hosted by Haute Innovation on stand E52 in Hall 6 at the Hannover Fair, is an example of a boiler control for water volume and with temperature levels that can be controlled using the QTC custom touch panel even when wearing heavy-duty work gloves.

“Manufacturing environments are traditionally hostile to electronics, but this is where Peratech’s technology advantages become really compelling,” said Jon Stark, Peratech’s CEO. “QTC technology gives added true-force detection sensitivity that we believe no other technology can provide and performs consistently at temperatures as lower than -20°C and higher than +60°C. Our QTC technology can work behind a variety of surfaces including glass, metal, plastic, etc. giving the flexibility to create buttons, slider controls and dials wherever on the surface we like, so that we can offer the ultimate in cost-effective, customizable control interfaces.”

Another key advantage of QTC force-sensing technology is that it uses less processing power compared to projected-capacitive solutions. Because QTC material changes its resistance when pressure is applied and only at the point where pressure is applied, QTC-based sensors give accurate position and pressure data that needs only minimal microcontroller processing.

“We recently acquired a software team specifically to enable us to create HMIs,” added Stark. “This gives us the skill set to design and create complete sensor and control solutions from the QTC sensors. Having our software team means that we can now rapidly provide turnkey solutions today for current and future industrial control challenges.”
Related Searches
Suggested For You 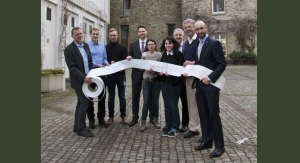 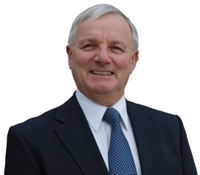