Building on the long-standing collaboration between Gentag and Mayo Clinic, and the long-standing collaboration between NovioSense and Fraunhofer Institute for Microelectronic Circuits and Systems (IMS), Gentag and NovioSense announced that they have formed a joint venture to combat the epidemic of type 2 diabetes that is overwhelming people and health care systems worldwide.

The joint venture is covered by 75 issued patents worldwide and is significantly lower cost than current type 2 diabetes solutions. Development will be carried out simultaneously on both sides of the Atlantic by NovioSense BV and Gentag, Inc., together with the diabetes teams from Mayo Clinic and the sensor and NFC teams of Fraunhofer IMS.

“Many countries will need to deliver type 2 diabetes solutions to a third of their populations. The status quo has to change and these technologies are a critical step in the right direction,” said James Levine, MD, Ph.D., of the Mayo Clinic.

“By pooling our resources together, we are in a position now to dramatically advance diabetes monitoring. Our patented technology allows us to make wireless sensors that are battery-less, disposable, painless and use cell phones or other NFC devices as glucometers. Furthermore we can use the cell phones as controllers for insulin delivery, including disposable NFC insulin delivery systems, under our issued worldwide patents,” said Dr. John Peeters, CEO of Gentag.

“We want to make pain free glucose monitoring available to everyone independent of their socioeconomic status. It is only by increasing awareness and by making monitoring simple and affordable that we can hope to push back the tidal wave,” said NovioSense CEO Dr. Christopher Wilson. “By creating a device powered only by the NFC antennas found in most modern smart phones, and combining this with a pain free sensor platform, we can cut the cost and burden of glucose monitoring dramatically.”

“This cooperation, especially with NovioSense BV, enables the Fraunhofer IMS once again to contribute with its competencies in the fields of microelectronic circuits, electronic systems and sensors, and bring those successfully to the market,” stated Professor Anton Grabmaier, director of the Fraunhofer IMS.

The group of Gentag, NovioSense, Mayo and Fraunhofer IMS technology and patents will be licensed, sold or co-developed with a large global partner interested in leading the next generation of diabetes monitoring. The deal will be negotiated by Dennis Kozlowski, former CEO of Tyco International, who has been working with Gentag and Mayo Clinic Ventures team on this project since inception and will negotiate terms along with Bruce Kline, of Mayo Clinic Ventures.
Related Searches
Suggested For You 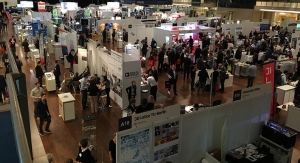