Ralf Kodritsch of NXP Semiconductors is selected as chairman.

The RAIN RFID Alliance board of directors elected Ralf Kodritsch from NXP Semiconductors as chairman, effective July 1, 2016. Kodritsch has served as a RAIN director since 2015 and co-chairs the RAIN Solutions Workgroup. Chris Diorio, Impinj CEO and RAIN board chairman from 2014 to 2016, continues his service with the RAIN Alliance as an elected director.

“In April 2014, four companies founded the RAIN RFID Alliance. After two short years, RAIN has more than 120 member companies worldwide,” said Diorio. “NXP has been a great supporter of the RAIN Alliance and Ralf has distinguished himself as an effective RAIN spokesperson and leader since joining the board last year. I have the utmost confidence in Ralf’s ability to lead the Alliance through its continued growth and advancement over the course of the next year.”

“Chris did an excellent job co-founding the RAIN Alliance to grow the UHF RFID market. His support as the chairman of the board has helped the Alliance grow steadily and become actively involved worldwide,” said Steve Halliday, president of RAIN RFID Alliance. “As the new chairman, Ralf will now have the opportunity to help steer us into even greater success through the next year.”

“I was very pleased when the RAIN board of directors chose me to be the chairman,” said Kodritsch, Segment Manager RFID Solutions from NXP. “Under Chris’s leadership in the first two years, the Alliance grew fast and is further accelerating the adoption of RAIN RFID technology. We have great things to work on over this next year, to make RAIN a crucial cornerstone and key enabler of the Internet of Things.”

The board also had an open position, and the Alliance followed its elective process with eight companies nominating candidates for the position. The RAIN Alliance members elected Colin Bookman from Google to fill the empty director position.

The next RAIN Alliance meeting will be in Tokyo, Japan on Sept. 13-15, 2016 in conjunction with the Auto-ID Show. Agenda and logistics information is available at www.rainrfid.org/resources/rain-meetings/tokyo_japan_13-15_september-2016.
Related Searches
Suggested For You 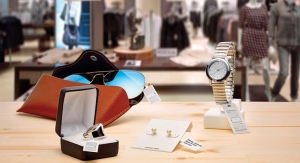 Connecting to the Internet of Things 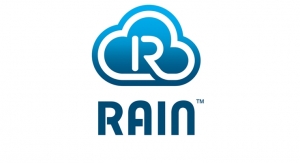