First Solar, Inc. announced that it has booked 160 megawatts (MW)DC of photovoltaic (PV) module sales in Turkey in the first half of 2016. The orders were placed by Basariarge Enerji A.S. and Zorlu Enerji.

Zorlu Enerji, a subsidiary of Zorlu Holding, has contracted First Solar to supply 100MWDC of its high performance Series 4 thin film modules, for projects expected to be constructed and commissioned in 2017. Basariarge Enerji A.S. - a joint venture between Basari Yatirimlar, a Turkish infrastructure company, and the Basari Group - has placed orders for 60MWDC of modules that will power its own projects, as well as PV power plants that it will provide EPC services for. The first modules will be delivered in late 2016.

First Solar established an office in Istanbul in April 2014 and has since secured a contracted module sale pipeline of over 300MW, making it a leading PV module supplier in the country.
Related Searches
Suggested For You 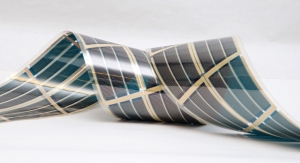 First Solar Connects 130 MW to the Grid in India