The prize in the Mechanical/Materials category was awarded to the EcoSnap-AC Heat Pump System created by Chuck Booten and Jon Winkler from NREL’s Advanced Residential Buildings research group.

The award in the Analytical/Test category went to the Battery Internal Short-Circuit Device developed by Matthew Keyser and Ahmad Pesaran from NREL’s Energy Storage research group.

“We are honored to receive this prestigious award with our collaborators at NASA,” said Keyser. “With the recent lithium battery safety incidents being highlighted in the media, it is imperative to introduce advanced tools such as the ISC to ensure that consumers are safe while meeting their performance expectations for electronics and electrified vehicle applications.”

Booten and Winkler devised the EcoSnap-AC heat pump as an alternative to window-mounted air conditioning units. The device installs anywhere on an exterior wall, so that people can be comfortable without losing the view from their window. It is also quieter, more energy efficient, heats and cools, doesn’t jeopardize home security, is easy for a homeowner to install in just a few minutes, and can be left in place year-round.

“It’s always gratifying to know that all the extra effort you have put into developing an idea actually resonates with people,” Booten said. “It shows that your vision has some validity.”

The newly patented NREL Battery Internal Short-Circuit Device is the first mechanism able to accurately simulate a true internal short circuit within a battery cell, providing researchers with reliable data to determine how the size, resistance, and location of an internal short circuit will affect safety measures implemented in new battery designs. The advanced technology of the tiny, easy-to-implant device is capable of pinpointing different types of internal short circuits in all types of batteries. This includes lithium-ion batteries found commonly in vehicles, cell phones, and laptops.

Wolfspeed’s Wide Bandgap Inverter is a traction drive for electric vehicles that could significantly boost their adoption by consumers. The company’s partnership with industry leaders, such as Toyota, ensures that the technology is adoptable for implementation into vehicle applications. 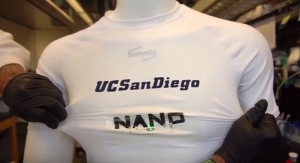