The oldest printed circuit board company in North America.

This January marks a major milestone for Epec, LLC as it celebrates 65 years of manufacturing excellence. As the oldest printed circuit board company in North America, Epec demonstrates why it is one of the top industry leaders in custom build to print electronics.

Over the past 65 years, Epec has had numerous achievements, including having manufactured printed circuit boards for the Apollo 11 space flight that landed the first humans, Neil Armstrong and Edwin “Buzz” Aldrin, Jr., on Earth’s Moon.

“We are excited to have reached another milestone here at Epec. Our customers and employees across the world are the reason why we have been able to be successful for so many years” said Ed McMahon, CEO of Epec.

Another accomplishment under McMahon’s leadership was the acquisition of more than 16 distressed electronic manufacturing companies from 1999-2016.

New products based on Epec’s 65 years of history with PCBs will continue to help it grow. While printed circuits boards are still a large part of the business, Epec moved into other PCB-based products in 2005 to help offset the decline of PCBs in North America. Today, these new products represent 40% of the $50 million in revenue.

As the New Year begins, so does another chapter in Epec’s history. What will not change in 2017 is Epec’s dedication and determination to put customers first.
Related Searches
Suggested For You 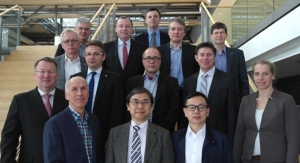