As industrial OEMs design solutions for Industry 4.0, they must converge the operations technology (OT) domain with their information technology (IT) infrastructure. Time-sensitive networking supports legacy IT equipment and OT equipment on the same network, enabling Gigabit bandwidth while simplifying network deployment and management.

To provide deterministic Ethernet for industrial applications, IEEE defined TSN to support real-time, reliable networking. TSN represents the next step in the evolution of Ethernet as a ubiquitous networking technology and TSN-enabled Ethernet will play an important role in the Internet of Things (IoT) and the Industry 4.0 revolution. GE estimates that the industrial internet market could reach $225 billion by 2020i. 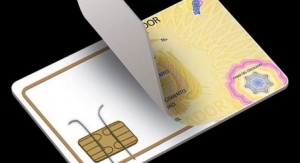