It is the second national award bestowed on the laboratory this year. 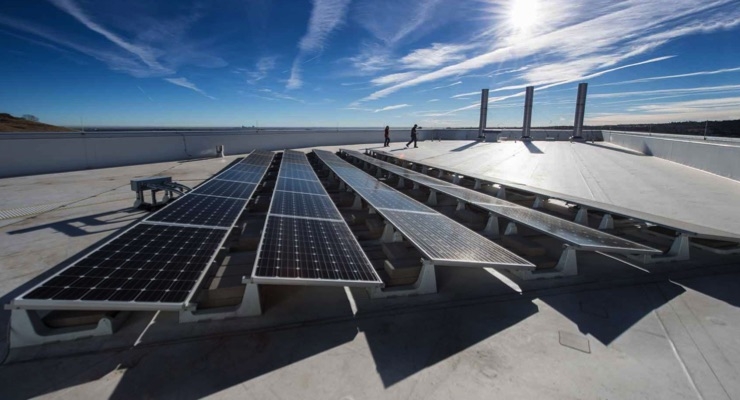 Systems Integration Facility sends the power directly to its Systems Performance Laboratory and can be used in research specific to household performance, integration, and efficiency. (Photo by Dennis Schroeder)
Related CONTENT
07.24.17

The US Department of Energy’s National Renewable Energy Laboratory (NREL) is again receiving national recognition for its 40th anniversary with a prestigious public service award.

The 2017 Charles H. Percy Award for Public Service will to go to NREL, the Alliance to Save Energy (ASE) announced, in honor of the lab’s four decades of leadership in advancing energy efficiency technologies and systems.

In its announcement, ASE praised NREL for what it called “a long history of energy management research and consultation that has helped transform nearly every aspect of energy use.”

NREL director Dr. Martin Keller said he will be honored to accept the award “on behalf of the entire NREL team. We look forward to continuing to transform how we use energy for the next 40 years and beyond.”

The recognition marks the second national award bestowed on the laboratory this year. In March, the American Council on Renewable Energy (ACORE) presented NREL with its “Technology Advancement and Industry Impact Award.”
Related Searches
Suggested For You