imec is the first to achieve a module-on-cell stack that outperforms the stand-alone silicon solar cell. 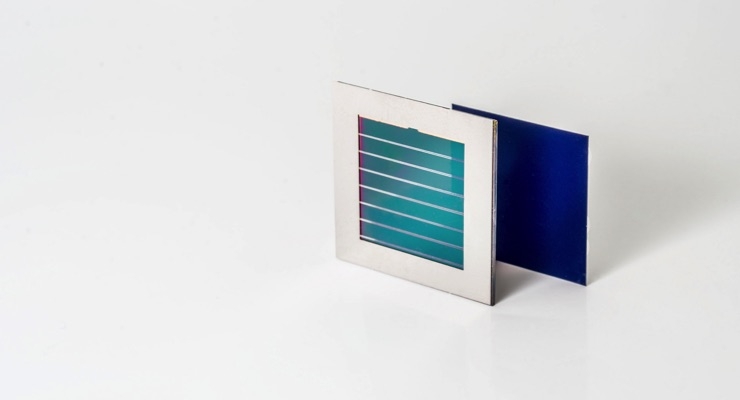 Imec announced an improvement of its 4cm2 perovskite/silicon tandem photovoltaic module, achieving a power conversion efficiency of 23.9%. Reaching this level, imec is the first to achieve a module-on-cell stack that outperforms the stand-alone silicon solar cell.

In 2016, imec presented for the first time a semi-transparent perovskite module, developed in collaboration with Solliance, stacked on top of an interdigitated back-contact (IBC) crystalline silicon solar cell in a four-terminal tandem configuration, thereby achieving an overall power conversion efficiency of 20.2% on an aperture area of 4cm2. Imec now reports a significant improvement of this technology resulting in a record high power conversion efficiency of 23.9% for the module-on-cell stack of this size.

“Two innovations are key to this achievement,” explained Tom Aernouts, group leader for thin-film photovoltaics at imec and perovskite PV program manager at Solliance. “First, a different perovskite material (CsFAPbIBr) was used, largely improving the stability and conversion efficiency of the 4cm² semi-transparent perovskite module to 15.3%. Second, the architecture of the stack was optimized for minimal optical losses by adding an anti-reflection texture on top of the module and a refractive index matching liquid between the perovskite module and the Si solar cell. Having matched areas of this size makes the fabrication technology more attractive to the solar cell industry.”
Related Searches
Suggested For You

Hanergy, Solliance Team Up for SolaRoad