Zebra Technologies, NFL and Wilson Sporting Goods to Use RFID During Season

Will again track all players and kickoffs and distribute next gen stats. 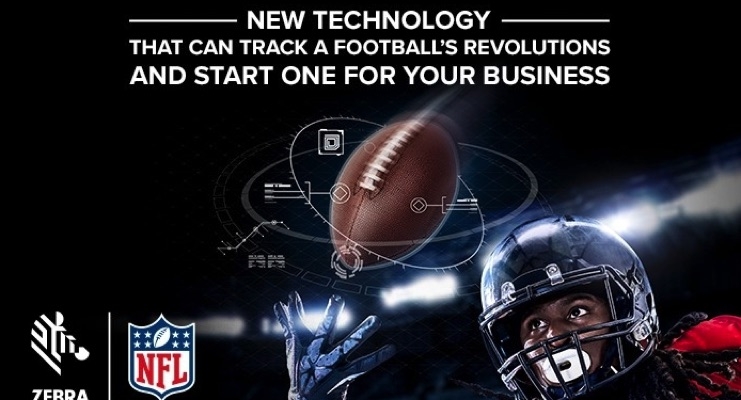 Zebra Technologies announced analytics enhancements that will allow fans to gain a deeper understanding of the game by accessing new visualizations, stats and fantasy recommendations never available before.

In collaboration with Wilson Sporting Goods, supplier of the official game football of the NFL, Zebra will engineer and deploy RFID tagged footballs for every game during the 2017 NFL season. This enables the collection of real-time location, speed and rotation data for the footballs.

As the Official On-Field Player Tracking Provider of the NFL, Zebra marks the fourth year of its partnership with the NFL this season. To enable data collection during NFL games, Zebra and Wilson attach RFID tags in player equipment to track their movements and provide enlightening and interesting information.

As part of “Next Gen Stats,” data from the instrumented Wilson footballs has the potential to be leveraged on media platforms, such as NFL.com and in-game telecasts, to enhance the fan experience.

Working with the NFL and Wilson, Zebra successfully tested the tagged football during all last year’s preseason and Thursday Night Football games.

The data resulting from this season’s analytics enhancements will be used by broadcasters as well as other media partners to enhance the fan experience.

The RFID tags will measure location and performance data, captured 25 times per second for every play in every game for the 2017 season.

In addition to instrumenting and tracking the footballs for the 2017 season, Zebra will once again deploy its Sports Solution on NFL game days by embedding RFID tags in players’ shoulder pads to track movement, providing metrics such as player speed, distance traveled, acceleration and deceleration.

A growing number of NFL teams use Zebra’s Sports practice solution, including the New Orleans Saints who are looking forward to leveraging the new information provided by the tagged footballs in practice, particularly as it pertains to our QB and special teams play.

“The data gathered by Zebra over the past three seasons has become an invaluable asset to the NFL, and we’re excited to uncover new insights through the tagged Wilson footballs,” Vishal Shah, SVP, digital media, NFL, said.

“We use the Zebra Sports practice system to track our players and monitor their participation and performance throughout the season,” said Sean Payton, head coach, New Orleans Saints. “The information provided by Zebra has proven to be a vital asset to our staff in evaluating and training our entire squad. Adding tracking capabilities to the ball will take things to another level for us.”
Related Searches
Suggested For You