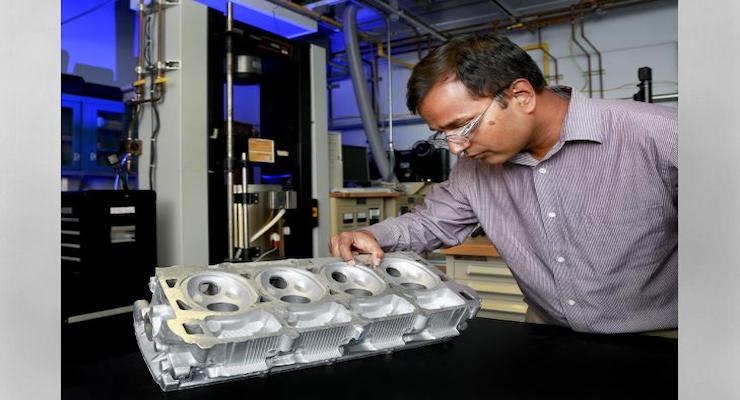 Researchers at the Department of Energy’s Oak Ridge National Laboratory received nine R&D 100 Awards in recognition of their significant advancements in science and technology. The honorees were recognized over the weekend at the 55th annual R&D 100 Conference, sponsored by R&D Magazine.

The awards, known as the “Oscars of Invention,” honor innovative breakthroughs in materials science, biomedicine, consumer products and more from academia, industry and government-sponsored research agencies. This year’s nine honors bring ORNL’s total of R&D 100 awards to 210 since their inception in 1963.

ORNL researchers were recognized for the following innovations:

ACMZ Cast Aluminum Alloys were developed by a team of researchers from ORNL with Fiat Chrysler Automobile U.S. and Nemak U.S.A.

Common commercial alloys soften rapidly at high temperatures, limiting their use in next-generation vehicles, while other alloys that can withstand elevated temperatures are cost prohibitive and difficult to cast. ACMZ alloys were developed using a suite of atomic-level characterization and computation tools, resulting in a strong, stable and versatile material capable of withstanding the stressful conditions of next-generation high-efficiency combustion engines.

Funding for this project was provided by the DOE’s Energy Efficiency and Renewable Energy Office, Office of Vehicle Technologies.

The magnet feedstock blends a magnetic powder with a nylon polymer and the finished magnets demonstrate comparable or better magnetic, mechanical and microstructural properties than bonded magnets created with traditional injection molding methods. Using the BAAM system reduces energy consumption, lowers production costs and conserves rare earth elements, which are widely used in electronics and are mined and processed overseas.

This project was supported by the DOE’s Critical Materials Institute, an Energy Innovation Hub funded by the U.S. Department of Energy, Office of Energy Efficiency and Renewable Energy, Advanced Manufacturing Office.

Filler Materials for Welding and 3D Printing were developed by ORNL in collaboration with the U.S. Army Tank Automotive Research, Development and Engineering Center.

The heating and melting processes of welding and metal additive manufacturing generates localized distortions and residual stresses in steel and other materials. These defects can cause the material to become brittle or crack, which can lead to catastrophic structural failure.

ORNL’s innovative filler materials counterbalance how much the materials expand and shrink and control the residual stress and distortion of high-strength steel structures.  The filler materials also do not require the costly, labor-intensive heat treatments normally needed to avoid cracking and material embrittlement, providing significant economic benefits while improving the stability and durability of welded and 3D printed structures. In the future, these materials could revitalize the nation’s aging infrastructure and help avoid the human, environmental and financial impacts of massive structural failures.

Safe Impact Resistant Electrolyte (SAFIRE) was developed by a team of ORNL researchers and co-developed by the University of Rochester.

In typical automotive lithium-ion batteries, the liquid electrolyte, which conducts the electrical current, poses a fire risk in high-speed collisions and requires heavy protective shielding, decreasing the vehicle’s range and efficiency. SAFIRE eliminates this risk by using an additive that transforms the liquid electrolyte to a solid upon impact. By blocking contact between electrodes, it prevents short circuiting and a potential fire. SAFIRE performs as well as conventional electrolytes under normal conditions and can significantly reduce electric vehicle weight and increase travel distance.

The dropletProbe Surface Sampling System for Mass Spectrometry was developed by ORNL researchers in coordination with SepQuant.

The system utilizes a liquid junction between the device and a surface to obtain samples for high-performance liquid chromatography and mass spectrometry analysis. It is a low cost, low maintenance and nondestructive method for sampling complex analytical surfaces, such as biological tissue samples with a high degree of precision. By reducing cost and improving accuracy, this tool should help increase the pace of scientific discovery.

The development team included Vilmos Kertesz and Gary Van Berkel of ORNL and Matt Orcutt and Alain Creissen of SepQuant.

This project was funded by the DOE’s Office of Science.

Lightweight materials like aluminum alloys can help substantially increase the efficiency of vehicles and airplanes. ACE is a new family of aluminum alloys that exhibits better performance at high temperature, is easier to cast than previous alloys, and does not require a heat treatment. By combining aluminum and cerium, or a similar element, with traditional alloying materials, ACE is able to demonstrate high mechanical performance and resist corrosion.

ACE alloys remain stable at temperatures 300 degrees Celsius higher than leading commercial alloys and can withstand 30 percent more load before they deform. Manufacturers can successfully cast ACE alloys in a wide variety of structural components without energy-intensive heat treatments, which could significantly increase production output and reduce manufacturing costs, in some cases by almost 60 percent.

This project was funded by the DOE’s Critical Materials Institute, the EERE Advanced Manufacturing Office and a partnership with Eck Industries.

Dfnworks: A Computational Suite for Flow and Transport in Subsurface Fracture Networks was submitted by Los Alamos National Laboratory and co-developed with ORNL’s Scott Painter.
dfnWorks is a software suite that generates three-dimensional models of fractures in rocks and how fluids move through those fractures. Research in hydraulic fracturing, safe nuclear waste disposal and underground carbon dioxide storage rely on this type of software. The models can be incredibly complex and often require a great deal of computational time and power to run.

Compared with similar programs, dfnWorks requires less time to run and allows scientists to model geological conditions they could not previously. Scientists have used the software to model a variety of systems from a few millimeters up to entire kilometers in size.

Coating Solutions for Large-Format Additive Manufacturing was submitted by Tru-Design and co-developed with ORNL and Polynt Composites.

Large-scale 3Dprinting can quickly produce prototypes and molds used to manufacture parts, but these pieces are often neither smooth nor vacuum tight. As a result, manufacturers can’t use these molds, limiting the usefulness of 3D printing.

The Large Format Additive Coasting Solutions, TD Coat RT and TD Seat HT, minimize this problem. They cover the rough exterior of a printed part and create an unbroken vacuum-tight seal. The coatings can be machined and finished for manufacturing tools and molding applications at a fraction of the cost of traditionally tooled metal parts.

Techmer Engineered Additive Manufacturing Materials are new filled plastic carbon fiber compounds that are especially designed for 3D printing. Using 3D printing and an autoclave, manufacturers can use these materials to produce molds for high-performance composite panels and parts.

The company offers two different types of TEAMM with different proportions of carbon fiber, 25 and 50 percent, to provide a variety of mechanical properties for a range of applications. Using these compounds with an autoclave, aerospace companies can produce molds for a tenth of the cost and lead time compared to existing technology. Other applications include defense and high-end automotive markets. 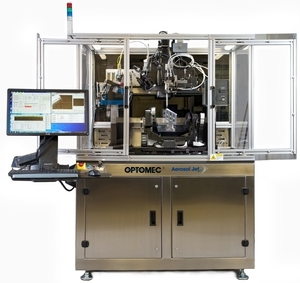 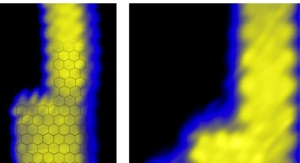 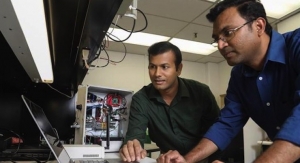 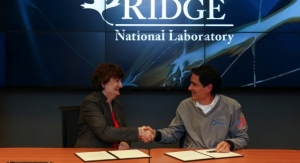