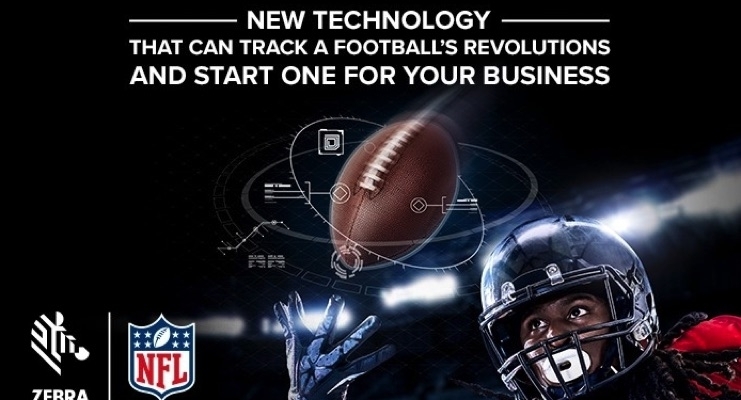 Zebra Technologies announced the renewal of its partnership with the NFL, extending Zebra’s role as the league’s Official On-Field Player-Tracking Provider through the 2021 season. This extension builds on the past five seasons during, which Zebra has worked with the NFL to successfully implement a best-in-class player and ball tracking system, helping to launch a new era of football data and analytics known as Next Gen Stats.

Zebra captures data for the NFL by attaching RFID tags in player equipment and the football, transmitting real-time location data to receivers positioned around the stadium. The Zebra MotionWorks Sport tracking system captures metrics such as player speed, distance traveled, orientation and proximity, and acceleration/deceleration.  This information is then utilized by the NFL to calculate information about every player for every play.

The Next Gen Stats data is used to enhance the fan experience both at home as well as in-stadium. The data helps to convey unique, engaging details about individual and team performances, as well as season-long trends, allowing fans to understand the game in a whole new way. Used by everyone from the casual viewer to the fantasy football fanatic, these insights provide fans, media, and teams with helpful and interesting information for every game, every week, throughout the entire season.

“We are pleased to extend our relationship with Zebra to further develop and share cutting-edge insights into the game of football,” said Matt Swensson, VP of emerging products and technology, National Football League.

“We are very excited to continue our work with the NFL, and we are committed to ongoing innovation to provide the league, teams and fans with real-time tracking data and insights for years to come,” said John Pollard, VP of Zebra Sports Business Development, Zebra Technologies. “Based on our collaborative approach, this extension validates the value of our real-time locationing technology in football to give those on the front line a performance edge.”

A growing number of NFL clubs — about a third of the league – are using Zebra’s practice tracking solution to capture player and ball tracking information for each of their practice sessions throughout the season.

All six international NFL games will utilize Zebra’s technology to capture Next Gen Stats: five International Series games, two at the new Tottenham Stadium in London (Oct. 6 and 13), two at Wembley Stadium (Oct. 27 and Nov. 3) in London, and one in Mexico City at Estadio Azteca (Nov. 18). Additionally, the pre-season game at Investors Group Field in Winnipeg, Canada (Aug. 22) will be equipped with Zebra’s technology.

Zebra will tag 2,880 players plus all the officials during the pre-season, with nearly 1,700 players tagged during the regular season. In addition, a total of 20,000 instrumented footballs will be used, enabling the collection of real-time location, speed and rotation data for the footballs.