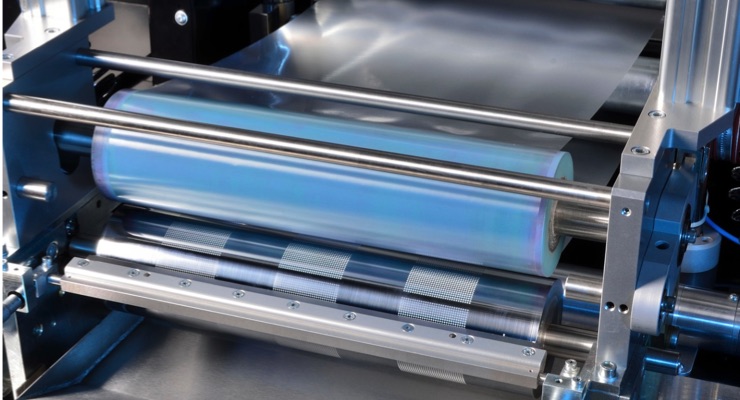 Roll-to-roll (R2R) processes, in which, for example, films, textiles, flat membranes, metal foils or even ultra-thin glass are functionalized, play an important role in numerous industrial processes.
In the R2RNet network, founded on June 10, 2020, 21 European partners from industry, research organizations and universities are pooling their expertise in the continuous functionalization of surfaces in the roll-to-roll process.
The aim is to promote the exchange of experience and to facilitate access to these technologies and corresponding equipment. The network was initiated by the Fraunhofer Institutes for Applied Polymer Research IAP and Interfacial Engineering and Biotechnology IGB.
The applications of R2R technology are extremely diverse: In the field of biological and medical diagnostics, for example, surfaces with immobilized biologically active substances are required that can be produced cost-effectively in large quantities on film rolls. Membranes with continuously produced, well-defined nanoscale functionalization of the pore surfaces are used in drinking water treatment or for batteries and fuel cells. And for solar thermal applications, optical coatings are produced on metal foils, to name just a few examples of applications.
R2R technologies enable continuous surface functionalization of large substrates ̶ chemically, physically or by structuring ̶ and thus offer high productivity at comparatively low cost. For example, the production by roll-to-roll functionalization of flexible substrates can be more than ten times cheaper than treating individual films or sheets. However, the relatively high cost of R2R equipment, limited access to know-how and high production volumes represent a relatively high threshold for a first market entry with new products.
In Europe, a number of companies manufacture components or entire plants for the surface functionalization of web materials. Research institutes and universities are developing technologies for R2R production, mostly as a scale up of discontinuous batch processes.
These competencies, the bundled know-how and access to various plants are to be linked and combined within R2RNet. The 21 partners from ten European countries want to promote the exchange of experience and cooperation, enable new technological developments and provide potential users with support for scale-up and implementation of production.