The rationale behind this innovation is a floating construction that follows the waves instead of trying to defy them. 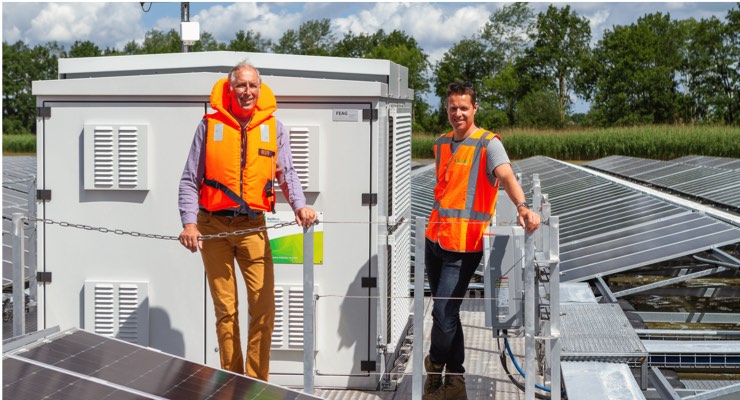 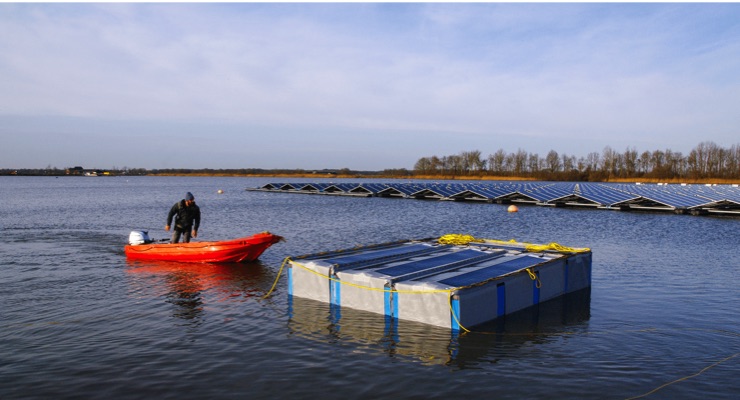 In the Weperpolder, next to the floating solar system of Groenleven, is the test setup of the TKI project Solar @ Sea.

This floating thin-film test set-up has been operational since March this year, but due to the coronavirus measures, this could not be celebrated by the consortium partners.

Within the framework of the TKI project Solar @ Sea, a consortium led by Solliance is developing a new concept for floating solar panels.

The concept is being developed for offshore applications.

The rationale behind this innovation is a floating construction that follows the waves instead of trying to defy them.

This is possible by using flexible thin-film solar cells and strong but flexible floats.

Bending and fatigue tests at Solliance have shown that thin-film solar modules can withstand millions of minor bends without damage. A scale model of the concept has been wave tested in the Marin test basin.

These tests show that the concept can be technically viable for offshore use.

A demonstration system with a power of 1,000 Wp was built for this second practical test.

The main goal is to determine the correct floating height and stability of the floating body.

This system was launched at the end of 2019 in the Weperpolder, in addition to a large floating solar system from Groenleven.

The electrical connection to the Groenleven solar park followed in the spring of 2020, of necessity without a show of celebration.

From the moment of connection, the system is continuously monitored.

The data is compared with the data of Groenleven and the system performs as expected. Groenleven itself also has ambitions to go offshore and is therefore very interested in the test results.

The first phase of the Solar @ Sea project will close at the end of June.

That is a good opportunity to remember the start-up of the demo.

Monitoring will continue in the second phase of the Solar @ Sea project. In this follow-up phase, a larger test system with a capacity of 50 kWp will be built and installed in the Oostvoornse lake.

After this phase (at the end of 2021), the consortium, in which Genap, Bluewater Energy Services, Marin, Avans and TNO participate, expects to be ready to build the first fully-fledged offshore pilot systems for application in the North Sea.