For solving a key fluid mechanics problem enabling the use of supercritical fluids for the large-scale production of nanoparticles. 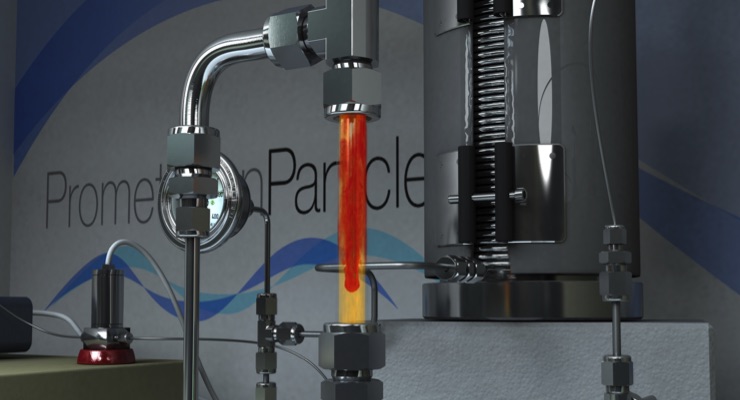 Promethean Particles was awarded an Institute of Physics Business Innovation Award for solving a key fluid mechanics problem enabling the use of supercritical fluids for the large-scale production of nanoparticles.

The breakthrough supported the development of a unique manufacturing process that enhances the scalability, safety and sustainability of nanomaterials, whilst reducing costs and waste along supply chains.

"We are absolutely delighted to receive this award. The innovation arose from research which began almost 20 years ago with a collaboration between chemical engineers and chemists at the University of Nottingham. The research focused on the development and scale-up of continuous hydrothermal synthesis (CHS) as a route to manufacturing nanomaterials," said Ed Lester, technical director at Promethean Particles. "We have overcome a key challenge relating to fluid mechanics that allows continuous hydrothermal synthesis to become a viable process and one that is now a true alternative to other production methods. We are able to make some the world’s most sophisticated nanomaterials one hundred times cheaper than competitors using a sustainable platform technology."

CHS combines an aqueous metal salt solution with a superheated water stream to create nanoparticles suitable for a wide range of applications.

For years, the development of the process was hindered by problems with blockages forming within the system. These blockages can be highly dangerous and are caused by mixing two fluids with completely different physical properties.

To overcome the problem, academics at Nottingham pioneered the use of pseudo-fluid modeling to understand the nature of the mixing inside the reactor.

It was a radical move as it used dyed sugar water and methanol inside Perspex reactors to understand the issues inside a high-pressure high-temperature steel reactor.

Some academics and industrialists doubted that this could solve the problem, but it was indeed able to explain the fundamental issues around fluid partitioning, roping and back mixing and allowed the optimal design to be tested before building a real system.

Promethean Particles then worked with the university to scale the process to a 1000 ton per year plant in Nottingham.

The Institute of Physics (IOP) is the professional body and learned society for physics, and the leading body for practicing physicists in the UK and Ireland.

The IOP’s Business Awards are unique in the UK and Ireland in recognizing the significant contribution that physicists and physics make in the industry.

“The IOP Business Awards recognize and reward the achievements of physics-based businesses of all sizes; innovative companies that have developed new technologies or repurposed existing ones, and that are at the cutting edge of the UK and Ireland’s scientific research and development," Institute of Physics President Jonathan Flint said. "These companies, old and new, large and small, have the power to drive the economy. They use the applications of physics to create positive individual, social, industrial and economic change, both at home and overseas.

“Rarely has the need to recognize and encourage our scientists been more apparent. We must continue to encourage, reward and invest in our researchers. Their commitment, drive and imaginations help to keep us comfortable, healthy and safe.” 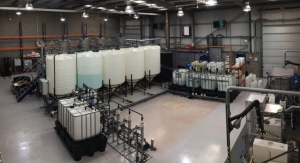