Boykin Farr, who has managed the company’s internal diversity and inclusion programs since 2017, will continue to oversee the D&I function. 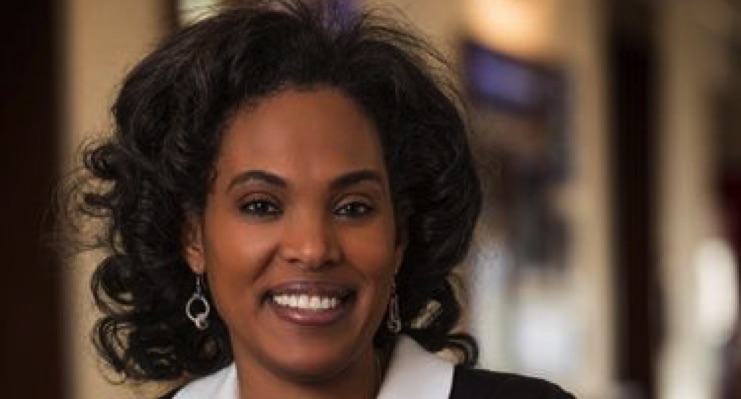 Emerson announced the appointment of Akberet Boykin Farr as VP of diversity and social responsibility, effective Dec. 1, 2020.
Boykin Farr, who has managed the company’s internal diversity and inclusion programs since 2017, will continue to oversee the D&I function.
In her new role, she will also manage the Emerson Charitable Trust, coordinate the company’s corporate social responsibility reporting and serve as community liaison in St. Louis, the global headquarters of the Fortune 200 company.
She will take over CSR duties from Dave Rabe, who is retiring in December after 36 years with Emerson, most recently serving as VP of corporate social responsibility the past four years.
“Akberet is a proven leader and strategist who has been at the forefront of our D&I initiatives and has contributed to the shaping of our internal and external CSR strategies. She also knows St. Louis and will be able to build on the strong relationships Dave Rabe has established for Emerson throughout the community,” Emerson Chairman and CEO David N. Farr said. “Bringing together oversight of our D&I and social responsibility strategies and initiatives is a logical evolution that will further align these efforts with our values and drive continued progress for the benefit of all our stakeholders.”
Boykin Farr joined Emerson in 1998 as an employee relations specialist and in 2004 was promoted to HR director of its motor technologies business.
After Emerson sold this business to Nidec Motor Corporation, Boykin Farr joined Nidec in 2010 to serve as its local VP of HR.
In 2014, she returned to Emerson as a director of corporate HR.
In 2017, the company promoted her to VP of diversity and inclusion.
She has overseen the development and rollout of the company’s D&I programs, including unconscious bias training globally and the launch of employee resource groups to help promote a diverse and inclusive workplace.
Suggested For You