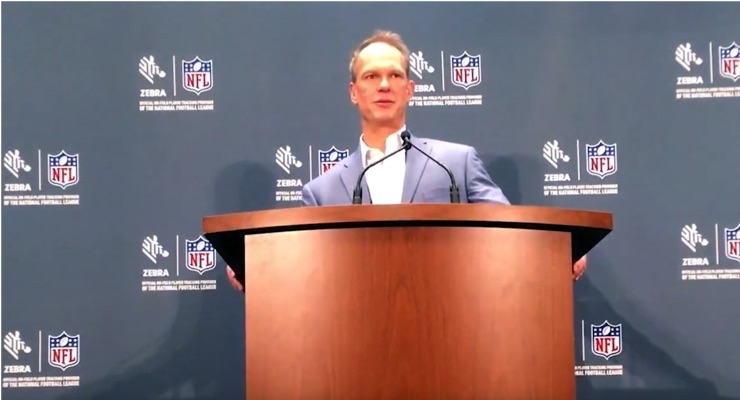 Representatives from Zebra and the NFL will share notable tracking data from the 2020-21 NFL season and contextualize the Super Bowl matchup with advanced statistics from the Kansas City Chiefs and Tampa Bay Buccaneers.

They will also discuss Zebra’s six-plus-year partnership with the league and where it’s headed in the years to come.

John Pollard, VP of Business Development for Zebra Sports will provide a deep dive into the player and ball-tracking technology that powers the NFL’s Next Gen Stats.

Pollard will touch on a handful of new statistical categories that were released this year and share key metrics from each team participating in the Super Bowl.

He will discuss how Zebra’s tracking data supports the league and teams.

Vincent will also share details about the Vincent Country Safe Zone Activity Day taking place virtually with the students of Riverwalk STEM Academy at Just Elementary School, just three miles away from Raymond James Stadium in Tampa, FL where the Super Bowl will be played.

NFL linebacker Brandon Copeland, who plays for the New England Patriots, will join the conversation to share his perspective on real-time tracking and his passion for philanthropy through Beyond the Basics – a charity he co-founded to empower youth to maximize their potential by exposing them to enriching experiences, opportunities and people.

Zebra is now in its seventh year as the Official On-Field Player-Tracking Provider for the NFL.

To enable the data collection, Zebra attaches RFID tags to player equipment and footballs, transmitting real-time location data to receivers positioned around the stadium that gather metrics such as player speed, distance traveled, orientation and acceleration.