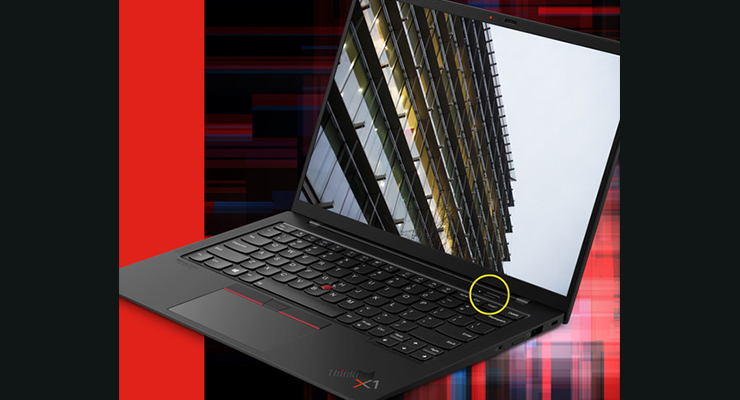 Synaptics Incorporated announced Lenovo chose its new Selene family of ultra-slim oval fingerprint sensors for the upcoming ThinkPad X1 Carbon Gen 9 notebook.
Selene enables Lenovo’s new Power-on Touch Fingerprint Reader button that swiftly protects the device and turns it on with a simple touch, according to Synaptics Incorporated.
“ThinkPad users expect effortless security in their notebook experience and the Synaptics Selene solution enables convenient biometric authentication and wake-up with one touch of a finger. From an industrial design standpoint, the small form-factor provides us with the flexibility to further reduce the profile of our devices and make more efficient use of the real estate on the body of the notebook,” said Yasumichi Tsukamoto, distinguished engineer & executive director, System Innovation, Commercial Product Solutions Development, Lenovo.
“Lenovo’s ThinkPad X1 Carbon is considered to be among the most secure notebooks in the industry, so it speaks volumes that Synaptics is the provider of this critical security feature. Our goal with our biometrics solutions is to make it effortless and streamline industrial designs. This is an especially important requirement for OEMs as they look to create more appealing designs but also address security issues brought on by work-from-home and the workplace evolution,” said Saleel Awsare, SVP & GM, PC & Peripherals Division at Synaptics.
OEMs can also place the fingerprint sensor on the outside edge of a notebook, Synaptics said.
This enables easy authentication in a docking station scenario by allowing the user to access the device without opening the lid of the notebook. Selene is Microsoft Secure Bio compliant and FIDO certified, the company said.
Selene features the company’s Match-in-Sensor fingerprint authentication technology, a fully hardware encapsulated solution, Synaptics said.
With this technology, a single device performs both input/output functions with an in-sensor microprocessor executing firmware, adding a new level of security due to total isolation from the host operating system, according to Synaptics.
By isolating fingerprint image enrollment, pattern storage and biometric matching within the fingerprint sensor, the solution provides ultimate protection against on-device threats, the company added.
Suggested For You