At the 12th IDTechEx Printed Electronics Europe conference and exhibition, four companies were awarded for their achievements in developing and commercializing printed electronics technologies.

The awards were presented to the four winning companies by Stéphane Egret, R&D packaging innovator at The Coca-Cola Company, who was also one of the judges of the awards. The two other judges were Dr Cristina Bertoni, project leader, Electrolux Italia and Ashutosh Tomar, principal engineer, technology strategy, at Jaguar Land Rover.

“Our esteemed judges are all from companies that are potential users of the technology,” said IDTechEx CEO Raghu Das. “This adds great gravitas to the winners and an indication of the ongoing move to adoption of the technology in different industries. There were over 40 entries for the awards this year - a record number.”

The following recipients were honored:
• Best Technical Development Materials Award - BASF
BASF was the recipient of this award for their development of high performance semiconducting inks and photo patternable dielectrics. The company has developed a set of organic semiconducting (OSC) and dielectric inks that take several needs into account: mobility as key performance parameter of the semiconductor inks is reaching 4 cm2 /Vs, while the dielectric ink is exactly matched to the semiconductor ink (does not dissolve the OSC) and allows for direct photopatterning. While comparable mobilities are known from small molecule inks, BASF managed to achieve the results using polymeric OSCs, which are easier to process and adjustable to a wide variety of coating and printing processes.

• Best Technical Development Manufacturing Award - BotFactory, Inc. BotFactory has created a product that integrates all of the steps of PCB fabrication into a compact, intuitive package. When BotFactory started on this path in 2013, they took advantage of the maturation in conductive nanoparticle inks, image recognition technology and the drop in costs in control system costs. Called the BotFactory Squink, this desktop PCB printer can print conductive traces, dispense solder and pick-and-place components, creating PCBs on anything from paper to FR4 to flexible kapton.

• Academic R&D Award - NSF Center for High-rate Nanomanufacturing, Northeastern University. The NSF Center for High-rate Nanomanufacturing (CHN) won this award for developing what they claim to be the world’s first nanoscale 3D printer for electronics and sensors, the Nanoscale Offset Printing System (NanoOPS). The printing process works through the use of new nanoscale directed assembly of nanomaterials for the printing of nano and microscale devices and structures which have applications in electronics, sensors, biomedical, energy and materials. At the heart of the printer is a directed assembly based printing process utilizing templates that can print conductive, semiconducting or insulating organic or inorganic materials. The organization reports that NanoOPS is orders of magnitude faster and higher resolution than current inkjet based electronic printing and 3D printing. The printing process takes place at room temperature and pressure, and the ink can include variety of nanomaterials (nanoparticles, nanotubes, graphene or polymers) suspended mostly in water.

• Best Product Development Award - Cartamundi, Holst Centre, imec.
Cartamundi’s ambition is to embed wireless RFID tags in their game and trading cards products. The new technology will connect traditional game play with electronic devices like smartphones and tablets. For economic reasons this will only be feasible when the device and integration cost of the RFID tag is significantly lower than the price increase the market is willing to pay for additional functionalities. Metal oxide technology on plastic allows for cost reduction, ultra-thin form factor and flexibility, according to the entry. This technology is can be very thin, matching well with paper thin game cards. With technical help of imec and Holst Centre, Cartamundi is currently making the first all-out attempts to bring this printed electronics product to the market. 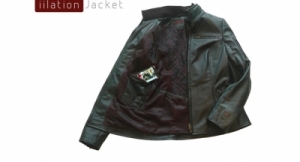