With the TC70, the Bradford team eliminates manual, paper-based data entry, freeing up associates to make more deliveries and reduce errors. They save roughly four hours per day and up to 20 hours per week at its Cleveland airport location because delivery teams no longer manually enter signatures when returning from daily deliveries.

Bradford’s TC70 touch computer deployment includes its London Heathrow operations, ] which has strict training and deployment guidelines. Bradford rolled out 60 TC70s in a short time period because the Heathrow team quickly learned how to use the device as part of their daily responsibilities.

“We’re smarter for it, we’re better for it, productivity has increased, and we’re doing so much more now,” said Tunde Akeredolu, CTO, Bradford Airport Logistics.
Related Searches
Suggested For You 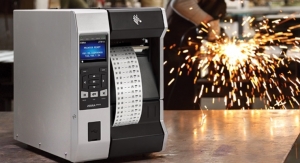 Zebra Finds Seven in 10 Retailers to Invest in IoT