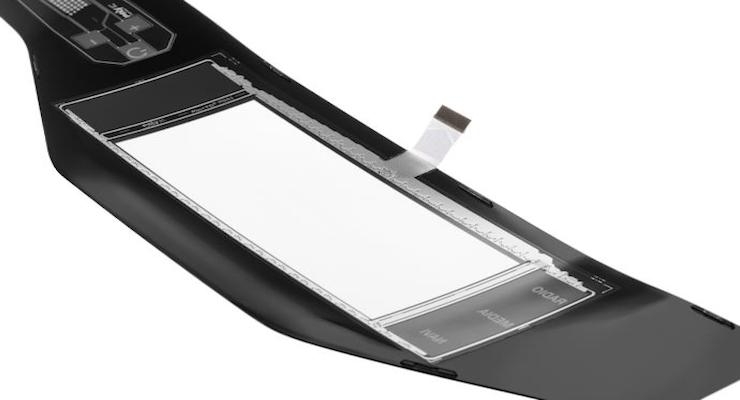 PolyIC will be presenting new touch sensor applications at this year's Embedded World Fair from Feb. 25-27 in Nuremberg and at LOPEC from March 24-26 in Munich.

On display will be advanced sensor solutions for the complex demands of the automotive, consumer electronics and household appliance industries.

Secure, functional, easy to use and aesthetically designed – PolyIC will be demonstrating how all of these requirements can be met concurrently with the help of an automotive door control unit demonstrator.

For safety and security reasons, it is not possible to implement the window lifter function of a car like a conventional touch operation.

PolyIC, together with its parent company Kurz and its technology partners Kunststoff Helmbrechts and GE-T, therefore, developed a control unit based on capacitive sensor technology that possesses characteristics of mechanical buttons.

The surface of the control unit has been shaped three-dimensionally in such a way as to protect the capacitive switch from an unintentional operation, while also being easy to locate by touch. It also provides haptic feedback for easy operation without eye contact. Visually, the control unit shines with its seamless, curved design and a disappearing effect when the illumination is inactive.

FFB is a patent-pending process from Kurz that enables touch sensors to be fully mechanically and cost-efficiently integrated into plastic parts. The special feature of the application on display at the trade fair booth is that the flat sensors were shaped during the FFB process to match the 3D geometry of the plastic parts.

PolyTC sensors comprise silver-based metallic grid structures (metal mesh) on a PET carrier. They are mechanically robust and flexible, which allows them to be integrated not only into flat but also slightly three-dimensional parts by FFB. They are also highly conductive and sufficiently transparent to fulfill the optical requirements of a wide range of touch displays.

The deformability of the sensors will be illustrated with a further demonstrator that will be presented at the trade fair booth: a concept cover in the form of an automotive roof control unit.

The IMD Varioform process that was recently developed by Kurz was employed to produce the concept cover.

Using this process, a backing film was formed, back-injected, stamped, decorated, and equipped with PolyTC sensors, all in a single injection molding cycle. The design was transferred in a roll-to-roll process by IMD Varioform, and the touch sensor integrated into the rear by means of a preformed 3D insert.

The PolyTC sensors were able to be shaped to match this part, which has a pronounced recess in the center, while still reliably retaining their functionality.

A further highlight at the PolyIC booth will be a demonstrator of an HMI (Human Machine Interface) instrument panel that features versatile functions and light elements concealed under a seamless decorative surface. The panel is equipped not only with a touchscreen but also a touch panel. The touch panel is used to control a backlighting function that is integrated into the design and produces an interplay of illuminated and non-illuminated design elements. Deactivating the illumination creates a disappearing effect and an opaque solid surface design.

The touchscreen display, which is over 900 millimeters in length, was implemented as a single image and incorporated by means of the IMD (In-Mold Decoration) process during injection molding. A transparent PolyTC sensor was applied to the rear of the touchscreen by IML (In-Mold Labeling) in the same injection molding cycle. Also, the PolyTC sensor for the touch panel was integrated into the finished plastic part by FFB. The HMI instrument panel demonstrates the wide range of functionality that can be achieved using PolyTC sensors, and how they can be integrated flexibly and reliably using highly efficient processes.

These and other demonstrators at the PolyIC booth at Embedded World and LOPEC will showcase the capabilities of this Kurz Group technological alliance. Kurz has at its disposal a diverse selection of technologies, several of them patented, for decorating plastic parts with touch panels and backlit surfaces. PolyIC provides the necessary sensor technology with its highly conductive, transparent and flexible sensors that can be integrated both into flat and three-dimensional parts. Kurz subsidiary Baier develops suitable machines for cost-effectively and reliably integrating the sensors by FFB. 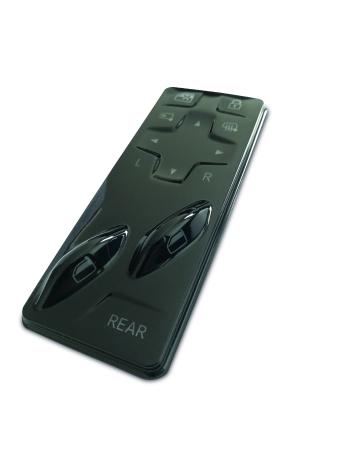