Parmeter served more than 23 years as an active duty infantry officer, retiring at the rank of colonel in 2014.

NextFlex, America’s Flexible Hybrid Manufacturing Institute, announced that on July 20, 2017, the newest civilian aides to the secretary of the Army (CASA) were invested during a ceremony conducted at the Pentagon. NextFlex’s G. Brynt Parmeter was selected by the acting secretary of the Army, Robert M. Speer, to represent California (Silicon Valley).

CASA are a vital part of the Army, promoting good relations between the Army and the public and advising the secretary on regional issues.

“Mr. Parmeter’s military career coupled with his work in Silicon Valley will help to build strong relationships for the Army in areas of technology and be beneficial to our leaders and soldiers to contribute to the technological advances of our nation,” Speer stated.

Parmeter served more than 39 months in combat in Iraq between 2004 and 2009 at the battalion, brigade, and division level, including 12 months as a battalion commander. His last assignments before retirement include service as the G3 operations officer of the 2nd Infantry Division in Korea and the operations division chief within the Enlisted Personnel Management Directorate at the Human Resources Command at Fort Knox, KY.

He has received numerous awards and decorations to include several Legions of Merit and Bronze Star Medals. He is air assault and airborne qualified, is an honor graduate of the U.S. Army Ranger School, and received both the Expert Infantryman’s and Combat Infantryman’s Badges.

CASA serve a two-year term without compensation. Terms may be extended to a total of 10 years of service.

At NextFlex, Mr. Parmeter leads the Institute Workforce Development, Education, and Training programs, including the marquee program FlexFactor, an entrepreneurship immersion program that offers high school students the opportunity to interact with next-generation technology, while forging an interest in STEAM-based education and career pathways.

“The work that Brynt is doing in workforce development is changing young lives; we’ve seen it in the more than 250 students that have participated in FlexFactor, with over 1000 already signed up for the next school year,” said Dr. Malcolm Thompson, NextFlex executive director. 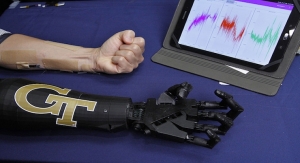 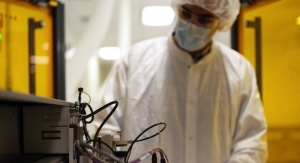 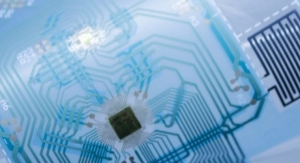